We are pleased to invite you to the International
Construction Exhibition WorldBuild Moscow/MosBuild,
that takes place at Expocentre Moscow on 3. 4.–6. 4. 2018.

We look forward to seeing you.

The owners of Breclav’s company Alcaplast Radka Prokopová and František Fabičovic have another reason to celebrate. The largest manufacturer of sanitary technology in Central and Eastern Europe is among the best 100 Czech companies, that is already 22 years awarded by Comenius, pan-European society for culture, education and science and technology.

„It's beautiful!“, could be heard in the Alcaplast Academy Training Center on Tuesday 7th November from early morning. For one day, Alcaplast company from Břeclav, hosted eighty young people from the United Kingdom.

We would like to kindly invite you to the International Building Trade Fair – The Big 5 in Dubai, which will be held from the 26th till the 29th November 2017.

The exposition of our company Alca plast, LLC can be found in the HALL 6, exhibition stand HALL 6 E267, which is a part of the Czechtrade exhibition.

The entire Alcaplast team is looking forward meeting you.

We have prepared a new INFO newsletter.

We are pleased to invite you to the International Construction Exhibition Mosbuild,

We look forward to seeing you.

We are looking forward to seeing with you there.

After more than two years of development we have launched a new range of pre-wall installation systems.

We would like to kindly invite you to the International Building Trade Fair – The Big 5 in Dubai, which will be held from the 21st till the 24th November 2016.

The exposition of our company Alca plast, LLC can be found in the HALL 7, exhibition stand HALL 7 E287, which is a part of the Czechtrade exhibition.

The entire Alcaplast team is looking forward meeting you.

Managing Director and CEO of Alca plast Radka Prokopová and also the Chairman and CEO of MOTOR JIKOV Group Inc. Miroslav Dvořák were today, at the Žofín Palace in Prague, named the absolute winners of the title Manager of the Year 2015. Awards and congratulations for the best managers, in front of over four hundred entrepreneurs and prominent guests, were handed by the representatives of this contest announcers - President of the Confederation of Industry of the Czech Republic (SP ČR) Jaroslav Hanak, the president of the Confederation of Employers and Entrepreneurs associations of the Czech Republic (KZPS) Jan Wiesner and president of the Czech management Association (CMA) Pavel Kafka.

Gold Badges for the winning managers, and also congratulations for the winners of the other categories were handed by the President of the Czech Republic Miloš Zeman, under whose auspices the Competition is held. The Prime Minister Bohuslav Sobotka, also came to the Žofín Palace to personally congratulate the Top Ten best managers and in his short speech he appreciated the importance of managers for the Czech economy, and society in general.

The imaginary torch was passed on to their successors by last year's winners, who were Chairman of the Board and CEO of ČEZ Group Daniel Beneš and Zuzana Ceralová Petrofová, president of PETROF. The award ceremony was also attended onstage by the EU Commissioner Věra Jourová, Also the chairman of the Economic Committee of the Chamber of Deputies Ivan Pilný and other political and managerial personalities.

New Manager of the Year wants to utilize this victory not only to promote their own company, but also to inspire potential followers. "I'd like to help in the decision making process for all who are considering the possibility of starting a business and are facing the fundamental personal decision whether or not to start a business" said Radka Prokopová. " I appreciate winning the Manager of the Year award, as it brings the opportunity to compare people in the industry. For those who succeed, it is a special type of reward and confirmation that their work and what they were able to accomplish, stands up to the highest national scale" commented on winning this prestigious award Miroslav Dvořák.

"These are people who have built factories, manage and care for their growth, even under conditions of huge competition. I admire their relentless activity, tremendous dedication and commitment to colleagues and collaborators and a sense for teamwork" said Jan Wiesner, a member of the National Committee and President of KZPS. 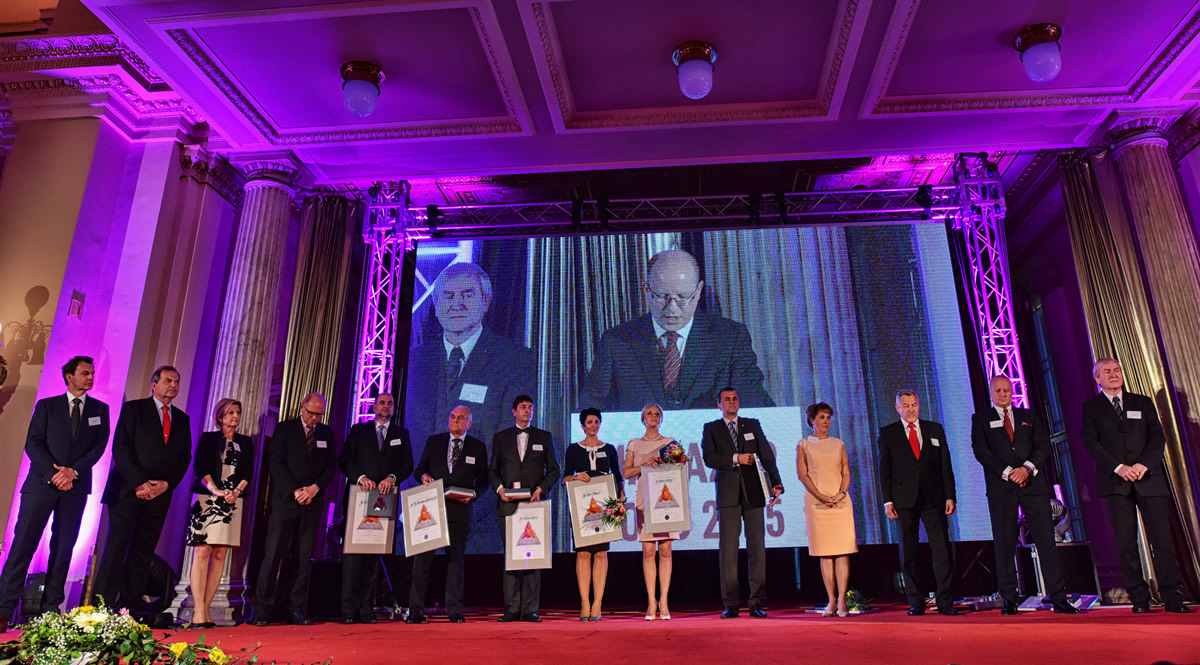